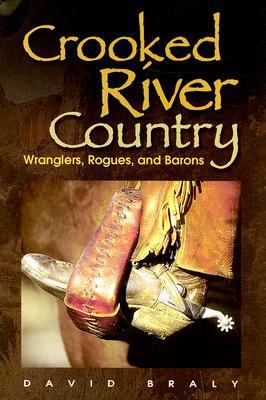 331 pages, includes a Select Bibliography, Chapter Index of Personages and a separate map in a pocket in the back cover

I bought this book last week on Amazon and so far I’ve only read a couple of chapters and browsed through the book. I looked through the Index of Personages for any of my ancestors who lived in that part of the country and found my great-grandfather Lee MILLER. He’s mentioned in a paragraph about Paulina, Oregon.

Paulina had been founded in 1870, and its post office was established in 1880 with John T. Faulkner serving as postmaster. Livestock baron Bill Brown sometimes listed himself as a Paulina resident. Cornett had a stage station there, but the big businesses in the early 20th century were the Paulina Cash Store, operated by Lee Miller and George Ruba, and the Hotel Paulina, built by Elmer Clark in 1906. The hotel had a lounge, dining room, and kitchen on the first floor, and eight bedrooms upstairs. While a few homesteaders filed for land in the vicinity, the Paulina area remained a ranching district. (from Crooked River County by David Braly, p. 187)

It’s always nice to see a name I know in print! The book starts with early history of the area and continues to the early 1950’s with the last chapter talking about the growth and importance of Prineville, Oregon after WWII when the post-war building boom created the need for more lumber. The first chapter explores the area as a whole and defines Central Oregon as a larger area than how it’s defined today.

I grew up in Central Oregon and my parents were born there. My Miller relatives came to Oregon in 1847 on the Oregon Trail so even though I don’t live in Oregon any longer I have deep roots there. And lots of relatives all over Oregon. I think I will learn a lot more about the history of the area I grew up in.

From the back cover: He’s a Prineville resident, a former journalist, is a popular author of numerous articles about the West. He was selected as a 2005 Spur Award finalist for best Western short fiction.

Remembering means many things . . . writing down family stories so my family will remember them . . . finding relatives who have their own stories to remember and pass on . . . discovering clues in genealogy records to help remember the ancestors.

And Remember the Family means to remember to research the whole family–that’s where we may find the clues and the stories.

Connecting history to the present generation

A journey to recover the past

Voices of Ancestors
The Family Kalamazoo

This is the most popular online genealogy magazine in the world, as measured by Alexa.

Discovering Your Ancestors - One Gene at a Time

the genealogy girl
Remember the families

A daily selection of the best content published on WordPress, collected for you by humans who love to read.

The Art and Craft of Blogging

The latest news on WordPress.com and the WordPress community.